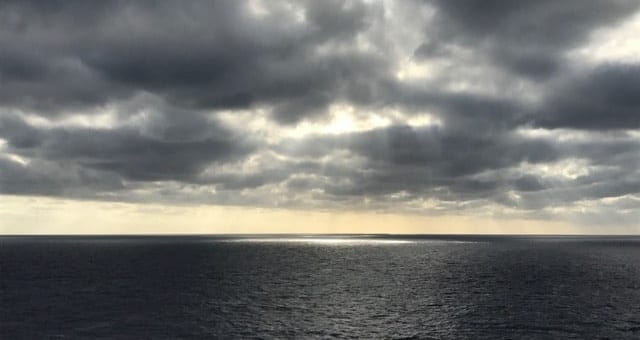 Today is our first day at sea. Because our destinations are in the southern Caribbean, we will have several days at sea. This is also a great opportunity to have conference sessions without missing the stops on the cruise. I woke up at 7:00 am this morning to grab a quick bite and head to the first session of the day. The session was packed with information about several cruise lines upcoming activities.

Here are some of the highlights:

After the general session, I went to lunch at Salad Creations, the made-to-order salad restaurant in Serenity. The salad was quite tasty with the house pineapple dressing. After lunch, I headed to a session about using Twitter to connect with customers.

After the Twitter workshop, we walked around the ship of course first stopping for 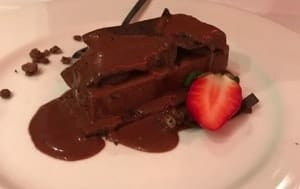 some food first. On the sports deck, we partook in some fun games from foosball to shuffleboard and then went back up to Serenity for a nap. After napping we got all dressed up for the formal dinner and headed to the Captain’s cocktail party where we took lots and lots of photos. And then it was time for dinner. What was on the menu? Lobster and dancing! After dinner, it was back to the room to turn in for the night.

Take advantage of dressing up: Many cruise lines have a formal or cruise chic night. While you can always go to the buffet and not dress up, I would encourage everyone to take the opportunity to dress up and have some fun.

Play games: Most cruise ships offer some sort of sports deck and/or game room. Let the child in you out and play a little.

Take photos: There will always be a photographer around, whether in posed shoots or candids. Allow them to take your photo. You are not required to purchase the photos and you never know, you might end up with some great pictures of fantastic memories.