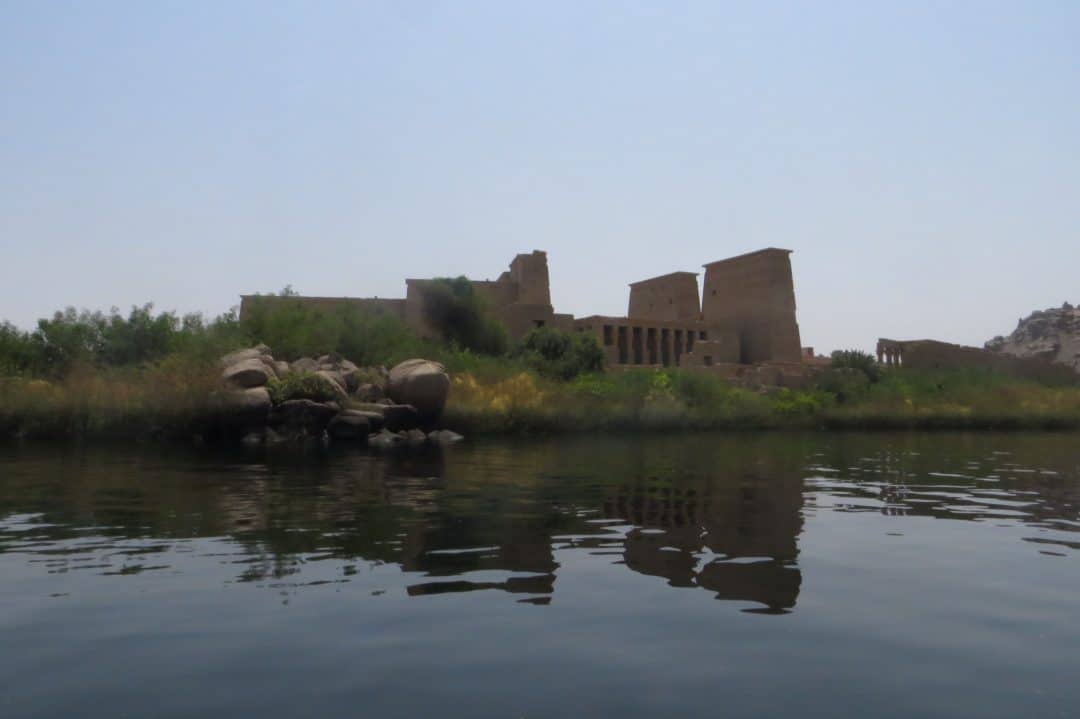 Today we got up and boarded the bus to Aswan. On our journey, we were able to see how people are living in Aswan. Our first stop was at the granite quarries where the Egyptians cut rocks to build obelisks and statues. Amazingly, the city has been built up around the quarry, leaving it in the middle of the city. One of the wonders in the quarry is an unfinished obelisk. This obelisk was partially cut out of the bedrock but left by the Egyptians when it was cracked. This obelisk allows us to see how the obelisks were made during the Pharaonic era. They are all made of one piece of granite chiseled out of the rock. Through the process, wood is wedged into notches around the obelisk and soaked with water. This act expanded the wood and caused the rock to crack apart at the seams. They then moved the obelisk to the Nile, where it was transported to its destination. The inscriptions on the obelisk were carved once it arrived at its final resting place.

After the quarry, we went to the old Aswan Dam and the new high dam that forms Lake Nasser. The High Dam provides the majority of the electricity for Egypt. When the dam was built and formed Lake Nassar, many monuments from antiquity were put at risk of being flooded. Several temples were deconstructed and moved to higher ground to save them. We stopped at the high dam for photos and then moved on to the Temple of Philae. The Temple of Philae is one of 16 temples that were moved after the building of the high dam. This temple is dedicated to Hathor, the cow goddess, and Isis, both representing beauty. The temple has been defaced overtime by tourist graffiti and Coptic Christian symbols, as it was a hiding place for Christians during the time of Roman persecution. The construction of the temple was supported by several pharaohs including Ptolemy and Augustus Caesar.

After leaving the temple, we made a quick stop by an essential oil shop, where we learned about the healing powers of the oils and had a quick massage. We then headed to the ship for lunch and rest. In the afternoon, we went on a felucca, Egyptian sailboat ride. Unfortunately, there was no wind, so we just sat on the water for some time. To move, we ended up being towed by another boat. Additionally, the captain paddled our boat for a while. We sailed around Elephantine Island and saw Lord Kutcher’s Gardens. The ride would have been very nice and peaceful, if we had wind. Instead, it was peaceful but very hot. After the boat ride, we went back to the ship to prep for an early morning trip to Abu Simbel.

Opt for add-ons:  The felucca ride on this day was another add-on for this trip. It was a calm way to fill an empty afternoon. Even though we didn’t have wind, we did have a peaceful afternoon on the water.