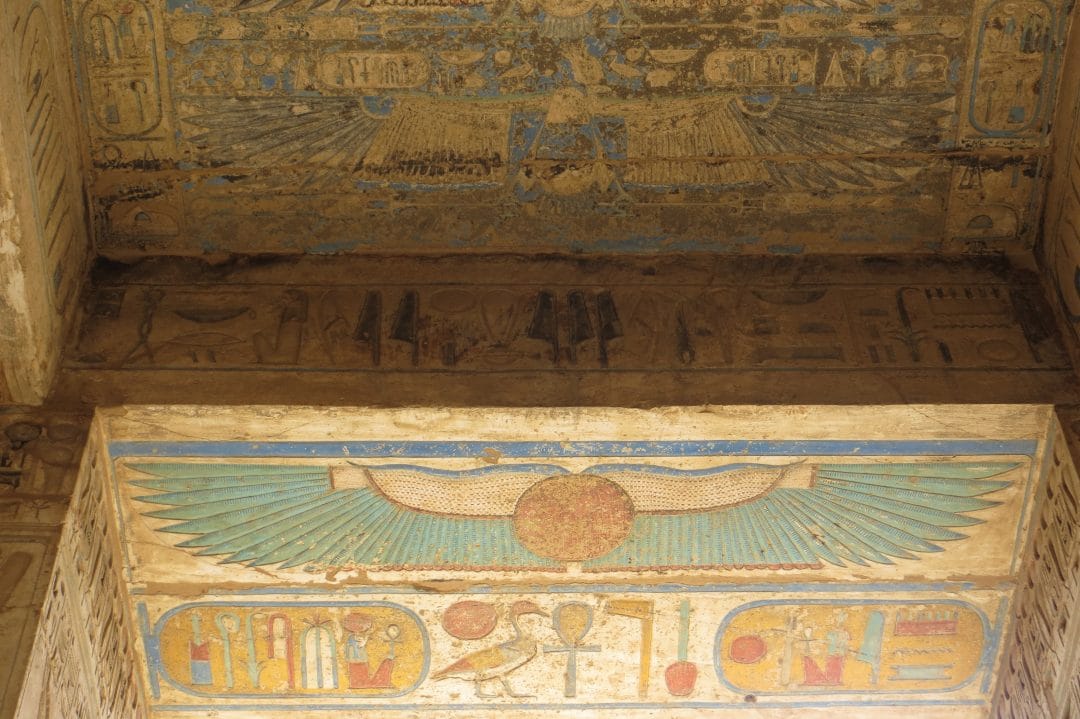 Today was a full day in Luxor. We started the day with breakfast in the hotel at the Nile front restaurant. Next, we visited Habu Temple with our Egyptologist, Alaa. This is a beautiful temple for Ramses II that still has many of the colors painted on the walls. The temple was built to celebrate his battles and features pictures of Ramses at war. It also shows a scene where he had requested soldiers to cut off the hands of the enemy soldiers they killed as a means to count them. However, because everyone has two hands, the soldiers could cheat and, as a result, he later requested they cut off their penises instead. We were able to go into some closed parts of the temple upon giving the guard 10 Egyptian pounds. The additional rooms were beautiful. The next stop for us was the Valley of the Queens.

The Valley of the Queens is on the opposite side of the mountain from the Valley of the Kings. This is where the queens and children of the New Kingdom pharaohs are buried. There are more than 80 tombs, but only a few are open to the public. One of the open tombs is that of Nefertari, the favorite wife of Ramses II. Entry into this tomb is an additional 10,000 Egyptian pounds (just over $1000). The other tombs came with our ticket. At the Valley of the Queens, we were able to go into three tombs of children of Pharaohs. In one tomb, they actually found the mummy of a stillborn fetus. Inside these tombs, even though the walls are beautifully painted, they still allowed us to take photos . When we went into each tomb, a watchman would come in with us. Depending on how helpful they were in explaining things in the tomb, we would tip them. The last man was so happy with the tip, he took us into a fourth tomb that was not open to the public. This tomb was mostly destroyed, and showed us how tombs that were not preserved looked. After we left the Valley of the Queens, we headed back to the hotel for lunch and a much-needed nap.

That evening, we went back out with Ruby. He took us on a horse and carriage tour of the city. On the tour, we went through the markets. We were able to see and better understand life in Luxor. Life in Luxor is interesting. People tend to work 8 AM to 2 PM, come home, eat, take a nap and then go out until around midnight. At midnight they go home to have dinner and go to bed. During the time that people are out, many men hangout at cafés and play dominoes. Many of the women are in full Burka and all of the people were extremely friendly. Along the way, we were able to drink cane sugar juice and have tea at a café. When the tour was over, we came back to the hotel for a quick late dinner and a good night’s sleep.

It is good to know your limits: While we always want to see everything when we are touring, sometimes there are things beyond our limits. The $1000 tour inside the tomb was definitely a bit out of reach.

Tip well: Assure that you tip well. Not only are you respecting those who are providing you a service, you might actually get something a little extra in return.